From RoboWiki
Jump to: navigation, search 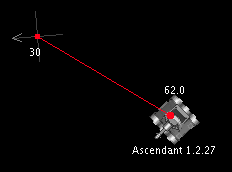 A displacement vector being collected. 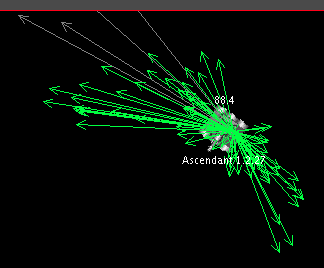 Wikipedia has an article about:
Displacement (vector)

A representation of a bot's relative movement that can be used in recording and reconstructing firing angles. The bot's positions at the beginning and end of a period of time (e.g., as produced by a wave) form a vector relative to the bot's initial heading. The resulting vector can be applied to future situations to project the enemy's movement and deduce a firing angle. The vector may be scaled by Bullet Travel Time to adapt it to different distances and bullet powers, similar to how GuessFactors are scaled by Maximum Escape Angle.