Escape Circle is the circumference of Escape Envelope assuming the motion of the target is linear and uniform, and ignoring any collision with walls or other robots. The "circle" in its name is due to the fact that the shape of the escape envelope in this case is a circle. 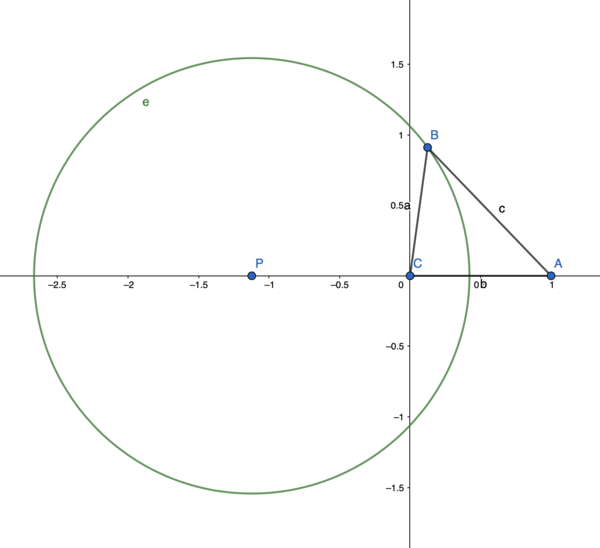 Assuming uniform linear motion, consider a situation where a bullet fired from the firer A hits the target C at some future position B. A is the angle opposite to a, B is opposite to b, and C is opposite to c.

Let the target C be the origin, the distance and orientation from the target to the firer be the unit length and positive x-axis respectively.

Let θ be the angle between b and a, we have c / a = Vb / Vr, b = 1, where Vb and Vr is the velocity of the bullet and the target respectively. Now consider cosine formula:

With this in mind, one can easily derive the algorithm of Non-iterative Precise Positional MEA from the definition of escape circle.