From Robowiki
< User:Xor
Jump to navigation Jump to search

After all, I think the traditional MEA is theoretically correct. And I have a proof that is too large to fit in the margin ;).

It seems that I made a mistake in previous calculation. 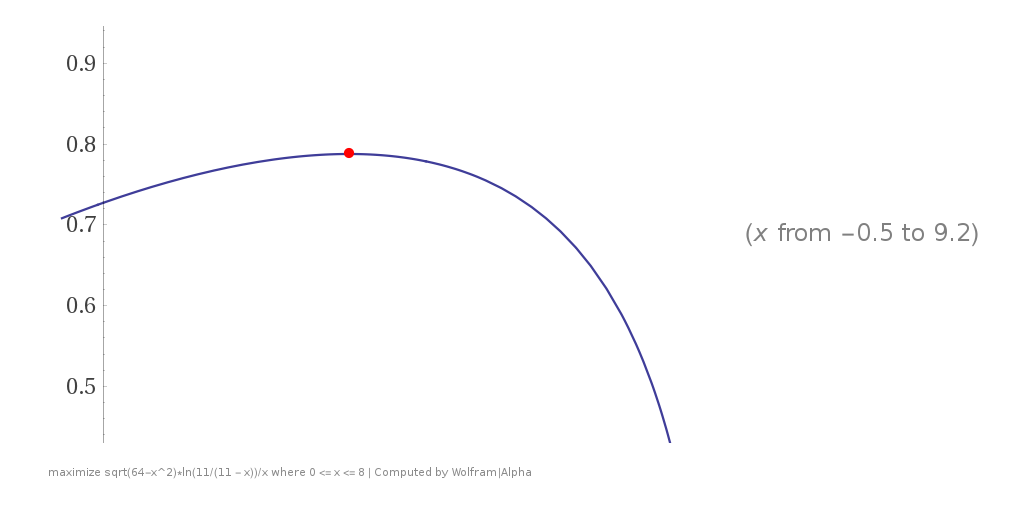 where x is retreat velocity (the negative of advancing velocity)

However this formula is not greater than the traditional one ;/

Anyway, unlike traditional MEA which you can use for only one wave — this formula is capable of being used to maximize escape angle of every wave. Therefore it is still better — useful for wave surfers. 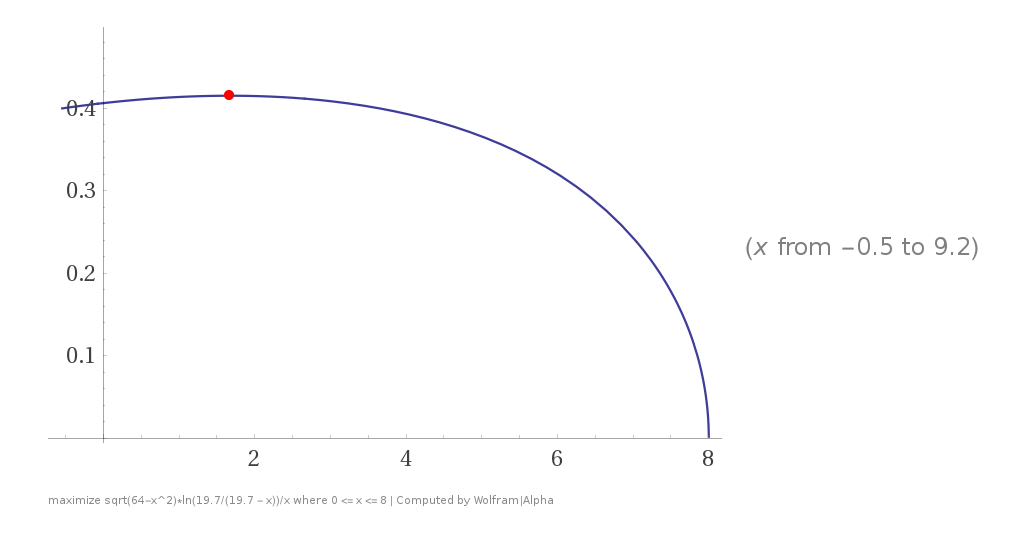