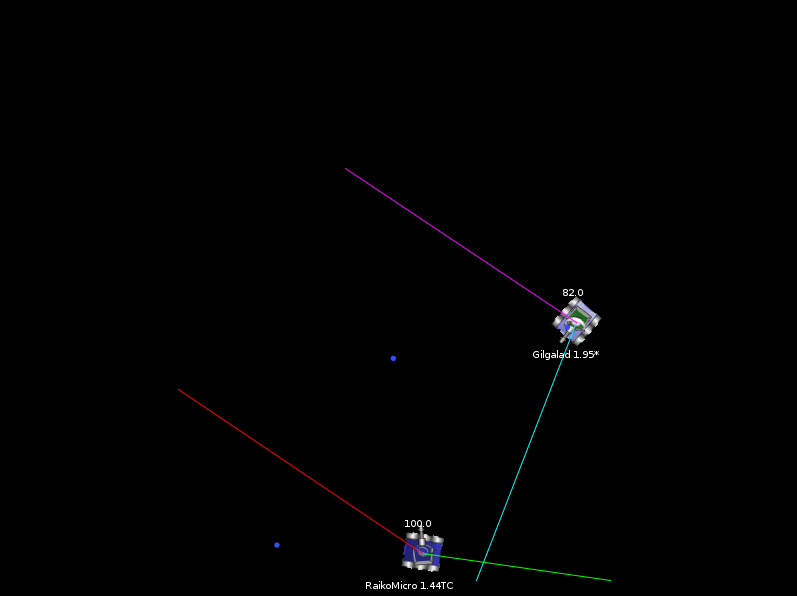 Simple illustration of a PPMEA. (The purple and blue lines show the typical angular wall data used by most bots.)

Precise positional MEA is a method of calculating the MEA of a target robot relative to the aiming robot while ignoring heading and velocity change rules.

Gilgalad's algorithm is pretty simple. The PPMEA of robot A is always going to be the angle most nearly prependicular to the bearing from robot B to robot A which robot A can move at without hitting any walls before a bullet reaches its position. So Gilgalad runs a 'binary search' of the range of angles from prependicular to heading directly towards Gilgalad.

PPMEA can also be derived from the intersections of the Escape Circle and the walls, in which a binary search is avoided.