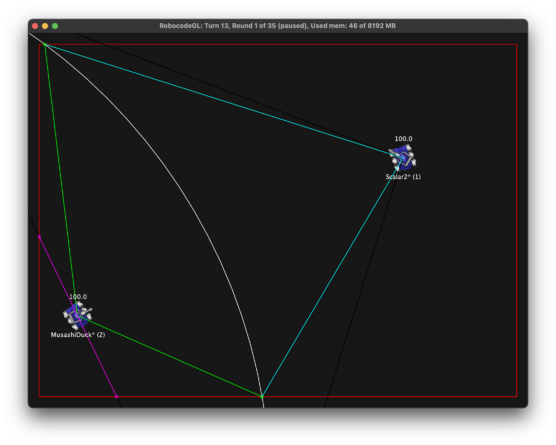 Non-iterative PPMEA is a mathematical definition of PPMEA along with an algorithm to calculate it.

Consider the Escape Envelope ignoring heading & velocity changing rules. Without walls, this area is essentially the area of Escape Circle, in which PPMEA equals to traditional MEA. And with walls, it is the intersection of the area of the escape circle and the battle field (points reachable by a robot considering only walls).

Then PPMEA can be defined as the angles between the line-of-sight and each of the pair of rays with maximum angle between them, where the rays are from firer to points in the Escape Envelope described above.