You're not alone writing robots! There are thousands of robots other people have written that you can download and battle with. Some of them are extremely tough to beat! There is a wide variety of robots available with all sorts of different strategies. It's up to you to go get them, try them out, and learn from them.

Most robots are only intended for one-on-one battles (duels) only. Fewer bots can participate in both melee (multiple opponents) and 1v1 battles.

To determine whether a certain robot can participate in melee battles, check if it is present in the MeleeRumble rankings, or read its bot page.

Here are some robots everyone should have.

A zip file containing every single bot that has ever been submitted to RoboRumble is available here.

Where to get robot JARs

To use a robot, you must download the robot's .jar file (all robots come as ".jar" files, which means "Java ARchive").

Robot JARs can be found in the following places (in order of preference):

Where to put robot JARs

Robot JARs should be placed in the robocode/robots/ folder, for Robocode to load them.

Optionally, you may use the Robot -> Import downloaded robot tool to copy JARs into that folder from another location. 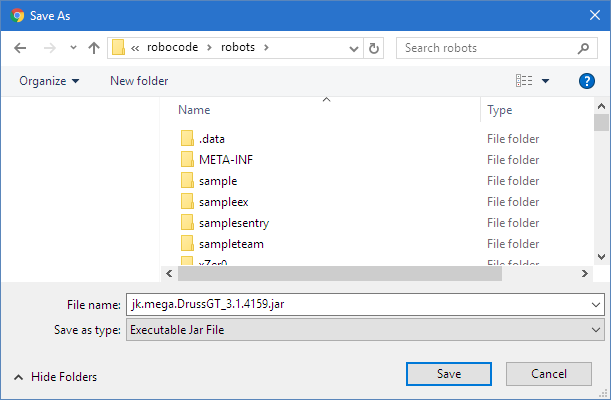 Robocode, with many bots installed: 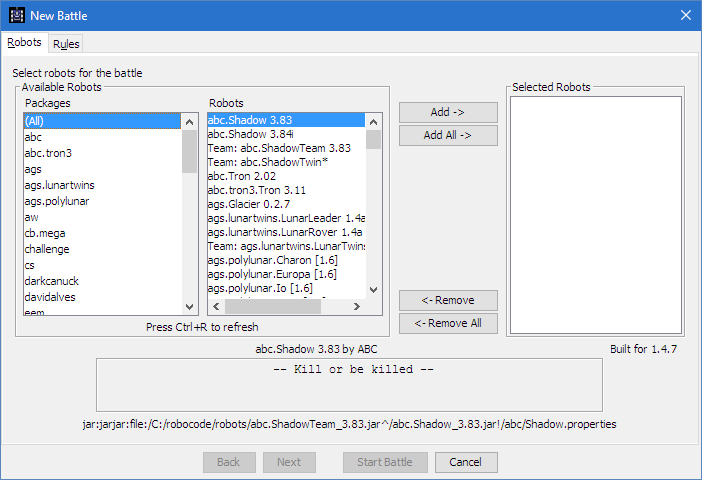